It’s going to be a brand new year and if you don’t have a game plan in place then you’re not going to win. Before the new year starts, I’m going to give some basic things you must know. I’ll teach you how to hook up in the new year!

Be Confident
If you want to be successful in 2016, you’ve got to be confident for an entire year. Confidence does wonders for your ego and being confident can really boost your success when it comes to hooking up with others. No one wants to date someone that has no confidence. It’s like dating a high school wimp. They never get laid.

Make Time
Want to hook up more in 2016? Make time to do it and you will. It’s no different than getting in shape. If you’re not making time to work out then you’ll never get a six pack. Same goes for hooking up with someone regularly. If you want to hook up you must make time for it!

Look Good
Do yourself a favor and start dressing for success. Make an honest effort to look great, not just good. People that look good on paper and in person normally have high success rates. I always do my best to look good and most of the time when I meet someone, if they are single, I fuck them. Make an effort.

Enjoy Life
This is an important part of your game plan for 2016, you must enjoy life to the fullest this year! Last year I made an effort and promised myself I would enjoy 2015 to the fullest extent possible. It changed my life and I hooked up with more people doing so.

Communicate Better
Communication is key in anything. Especially if you want to hook up with more people in the new year. Communicating better should be a part of your game plan in 2016. That means responding to people that message you through any dating app. It means texting people back and calling others when you promise to do so. Be responsive and reliable and you’ll get fucked more. By “get fucked” more I mean that you’ll have more opportunities to get watch Netflix and chill with some a booty call!

Talk To Strangers
I know, we’ve always been taught to never talk to strangers. However, if you’re trying to hook up with more people, you need to talk to as many people as possible. I don’t care if you’re outside at Starbucks, online using a social dating site or if you are at a friends cookout. Talk to people. If you want to hook up you need to do it!

That sums up the key components that should be part of your “how to hook up” game plan for the new year.

Adult Dating Rules That You Must Know

Here’s a list of the top 6 adult dating rules for success. Don’t take them lightly and don’t pretend they don’t exist. They do and abiding by them will get you laid quicker. These rules are by no means in any order of importance. They are all equally important!

Don’t Rush It
If you want to get laid, by gosh do not rush it. Don’t hurry through dinner just in hopes of ending up in the bedroom. It’s a surefire way to go home alone. Instead, take your time and extend the date. Make it lenghty and keep things sexual. Order dessert to share. But a wam, bam, thank you ma’am isn’t going to happen if you rush things.

Focus on a Few Dating Sites (Maximum)
This one is really important, if you’re looking to join one of the many adult dating sites on the Internet, I’d suggest you put time and effort into only a few sites at best. Why am I telling you this? Well, because you need to work at it if you want to become successful at dating online. That said, choose one or two sites and join them. I recommend you join this site if you want a good adult dating success rate (if you want to get laid a lot).

Avoid Blind Dates
Another important adult dating rule to abide by is to not go on any blind dates, especially if you want to successfully date casually. Going on blind dates can back fire and gossip can often result. Avoid having to deal with all the nonsense by simply not going on blind dates.

Don’t Get Too Wasted
Last bt not least, it’s best practice not to get too wasted if you want to bang someone. Drinking too much can lead to a lower chance of getting laid. I know it sounds strange but it’s really that common for two extremely wasted people to fuck. It happens but it’s more common for it to happen when two people have only had a few drinks versus a dozen where they can’t even stand up straight. Trust me on that!

Well, those are the adult dating rules and you better obey them if you want to have a successful run at this game!

We all used to watch Friends right? Of course, we did. When you think about it, we probably have spent hundreds of hours with the Friends cast over the years and now we have something else to talk about on a couple of the cast of Friends, Monica, and Chandler Bing. 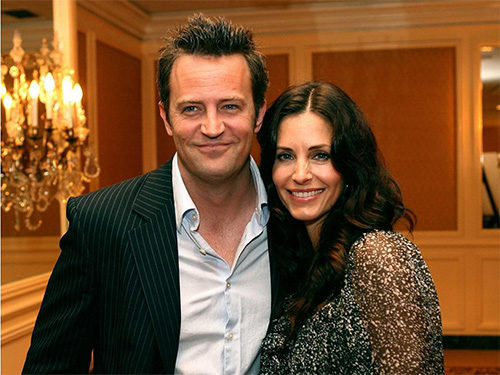 I normally don’t write about TV show cast members, but in this case, I have to do so because I was such a huge fan or these two Friends stars, Monica and Chandler. There’s talk about them both being close, actually so close that they may even be hooking up with each other. The original source stated that Courteney Cox and Mattew Perry were in a casual relationship after Ms. Cox’s recent break-up.

However, if you’ve been waiting for this to happen, you’re likely going to have to wait a bit more. Recent sources at ETOnline have shared that these rumors are in fact just that. They are rumors, period! Although we’d all love to see these two get together, we’re not going to see it happen just yet. I personally love having friends with benefits that I can have sex with. That’s basically what I consider all my fuck book friends to be. I’m not ever going to date them long-term, just have sex and probably call for a hook up from time to time. I’d encourage you to do the same using my favorite hookup site, if you want to live a better life. Here’s why, there are thousands of single individuals looking to have sex with someone new. You’re that new person that they are looking to connect with

Online Dating is one of those activities that no longer causes accusations about individuals. No longer are the silly thoughts of weirdos spending all their time logged on some dating site. Instead, the weirdos are those that have decided to not partake in the fun fuck-filled activities! There are a few other things that we’ve recently learned with all of this online dating too. That is, other than the fact that we love to have flings with random people we meet online.

Photos and Looks Are Deceiving AF

We all love browsing through those crazy profile photos. Sure you’ve come across some smoking hot girls that you want to fuck. We all have. The thing is, some of these photos are deceiving as fuck! Now, the other side to that coin is that some people just don’t photograph well at all. They try like hell to put themselves in an incredible photo to peak your interest and it just doesn’t cut it. However, you give it a shot and find out how damn hot they really are. The point is this, photos and looks can be deceiving for sure!

Liars Do Exist Out There

I’m going to be brutally honest and share something with you, you’ve dated a liar or two. Yes, I’m being dead serious. There are liars all over this world and most lie about insanely stupid stuff. No, she doesn’t have a puppy or a vacation home in Hawaii. She’s never done this before either. Point is, recognize that not everyone is honest and don’t let that stop you from getting laid.

You’re Not Getting Explanations You Want

If you’re expecting to get some super clear and forthcoming explanation, you should probably start thinking again because there’s a good chance you’re definitely not getting that! Explanations shouldn’t be expected and if you get one then just accept it and move on with your life. There are plenty of people to meet online to have sex with. Click here and I’ll show you how to meet them.

If you’re dating someone you meet online, you’re going to have to be able to take rejection. It’s just comes with the territory. Yes, you can increase your chances of not getting rejected, but that’s not going to be 100% possible to avoid.

If you’re not ready to be exposed to then you shouldn’t be dating online. I’ve seen more ass than a toilet seat and most of it is all of people, I’ve actually met on the Fuckbook network and had sex with once or twice. Be prepared to see it all.

That about sums up the things that we’ve learned from dating online over the last couple of years and what you can expect to learn should you just be getting started. It should come as no surprise that we are only going to continue to learn and load up on booty calls for the years to come! 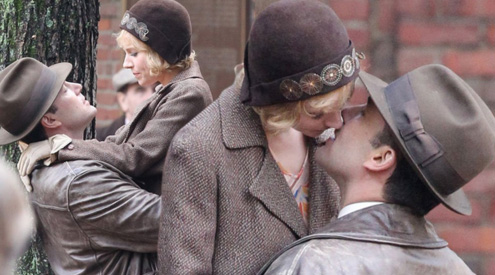